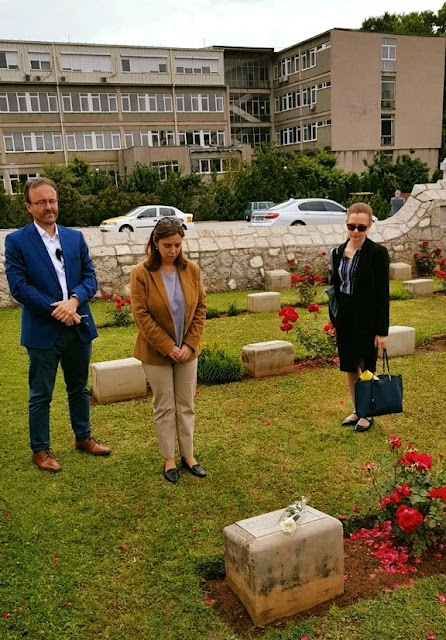 Australia's Department of Foreign Affairs and Trade (DFAT) has confirmed one of its diplomats, regarded by sources as a heavy hitter, was in Macedonia but would not elaborate on the nature of his fact-finding mission.

"Australian Government officials regularly travel to North Macedonia for bilateral meetings on a range of issues."

Mr Richard Wade, who is based in the Australian Embassy in Belgrade which covers Macedonia and Montenegro as well, was recently in Macedonia and western diplomatic sources have told TEAM UZUNOV blog that Mr Wade was conducting in-depth research and questioning local officials on a wide variety of subjects.

TEAM UZUNOV blog received a tip about Mr Wade's visit and contacted the Australian Embassy in Belgrade on 7 June 2019 and received a response about six weeks later.

I've heard on the grapevine that Mr Richard Wade of DFAT was or still is in Macedonia involved in a fact-finding mission. Is this correct?

Can you reveal any details of his visit? The topics discussed? Was the Australian Macedonian community concerns over Albanian Neo-Nazism such as the WW2 Albanian Nazi collaborator statues built by Albanian politicians discussed by Mr Wade with Macedonian authorities; the Australian Macedonian community's concerns and anger over name change and the Prespa Agreement with Greece etc.? Concerns over Bulgarian influenced Holocaust denial trying to take root in Macedonia?

Will Australian be opening an Embassy in Skopje, the capital of Macedonia? 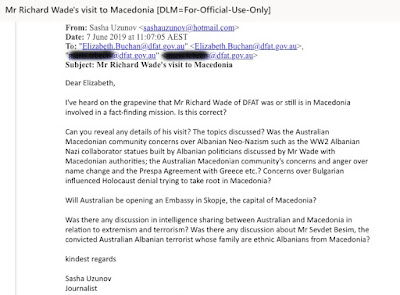 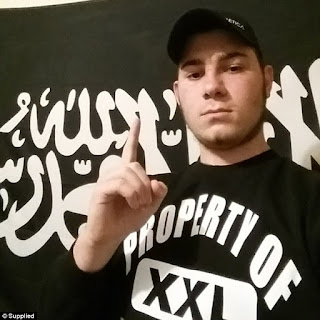 The Australian Federal Police (AFP) together with the Australian Security Intelligence Organisation (ASIO) run counter-terrorism operations in Australia. ASIO doesn't take part in any physical raids or arrests but supplies the relevant intelligence usually obtained by telephone and/or internet intercepts or informers. Australia swaps information with other countries on intelligence and terrorism matters, including Macedonia.

The AFP was contacted to ask if it and the Macedonian security authorities had swapped information about Sevdet Besim, a convicted Australian-Albanian jihadist terrorist who planned an attack in Melbourne in 2015.

An AFP spokesperson issued this statement:

"Unfortunately, we cannot answer that question for you. In no circumstances does the AFP comment on the exchange of intelligence or on intelligence requests from overseas (or even domestic) police. The reason is that talking about such exchanges has the potential to compromise activities being undertaken by policing partners. If they want to confirm they have asked us for information, that’s fine. But we won’t confirm or deny it."

The Macedonian Interior Ministry (MVR) which runs the country's Police and Intelligence services was contacted for a response but no response has been forthcoming.

Australian-born Mr Besim is of ethnic Albanian origin from Macedonia.