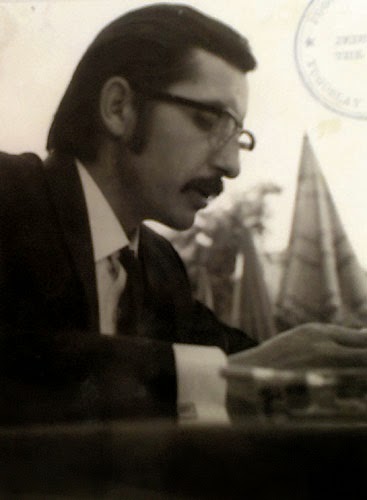 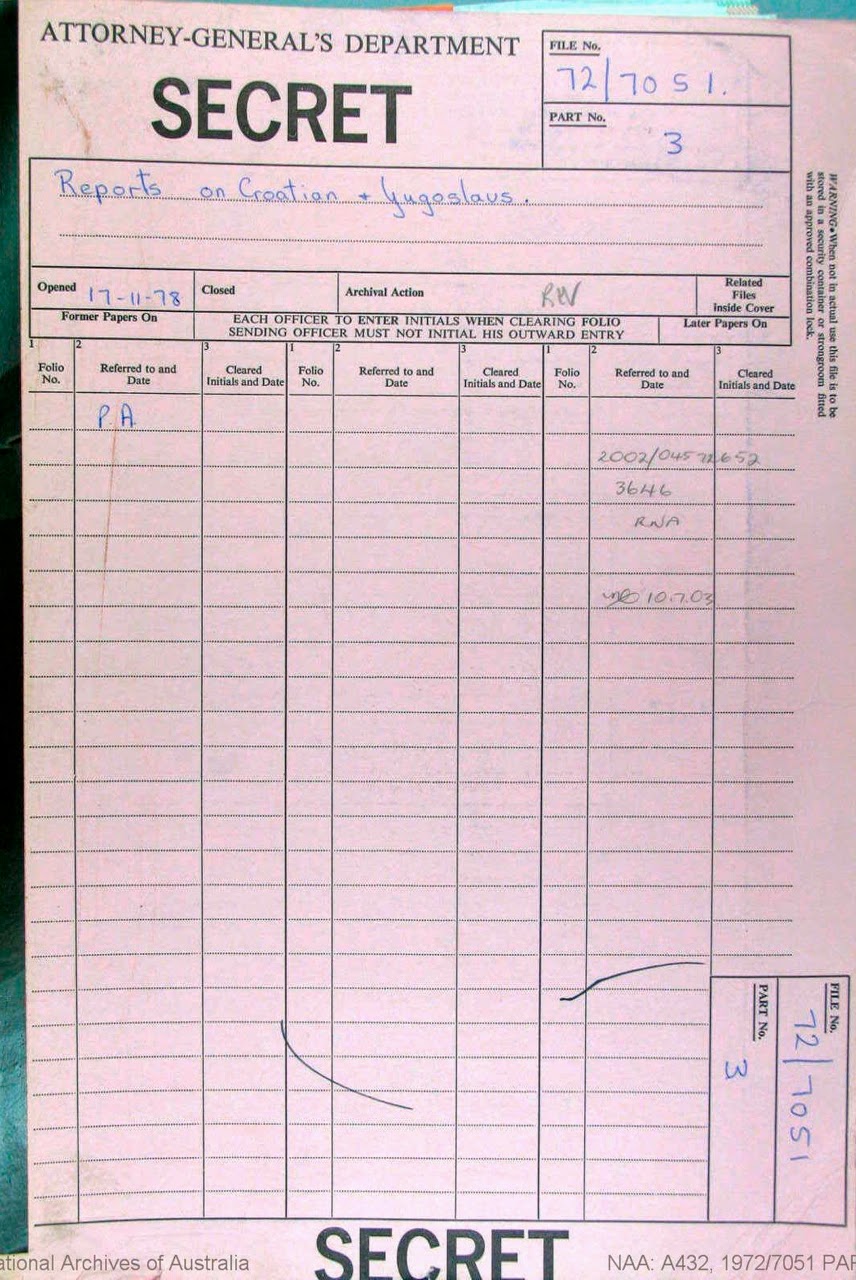 TANJUG IS AUTHORISED TO ANNOUNCE AGAIN: Milos Curcic
By Sasha Uzunov
We broke the story some time ago about a Yugoslav Military Counter-Intelligence agent (KOS) posing as journalist by the name of Zoran Pavlovic who was on a visit to Australia in 1976.
Link:
He came to the attention of the Australian Security Intelligence Organisation (ASIO) which noted:
"Pavlovic has visited Australia previously...Pavlovic is a former Army man..."
There was a second Yugoslav intelligence (UDBA or SDB) operative. His name was Milos Curcic, who arrived in Australia in 1969 and worked as a correspondent for TANJUG, the official Yugoslav state news agency.
Curcic was a curious fellow, a wanderer who spent time in Austria, Germany and even Iraq in the late 1960s undertaking some interesting tasks.
He has the dubious distinction of being sacked by both pro-Yugoslav newspapers in Australia, Novosti and Nova Doba, before starting up his own short lived paper called Jedinstvo (Unity) in 1972 and which folded about 1975.
Where he got the funding remains a mystery but sources in the Melbourne Macedonian community have told us that there where some naive Macedonians who kicked in some bucks to Curcic.
In an interview with prominent Serb journalist Marko Lapusina, Curic made the extraordinary claim:
Link:
"Pre dolaska australiskih ustaška u BiH, na planinu Radušu 1972. godine, gde su hteli da izvedu ustanak i stvore novu NDH, objavio sam spisak 80 ustaša na petom kontinentu i njihove veze sa tajnom službom ASIO - seća se Ćurčić. - Zbog toga sam u Hrvatskoj proglašen za najopasnijeg jugoslovenskog novinara, koji „ruši Jugoslaviju, bratstvo i jedinstvo“.
Kaže da ga je zatim saslušavala australijska tajna služba ASIO. Pitali su ga: „Vi ste prozvani kao komunistički agent? Da li se bojite smrti?“. Odgovorio je: „Nije me strah. Ubićete me ili vi iz ASIO ili jugoslovenska SDB!“.
Curcic claimed he published a list of 80 "Croatian terrorists" who in 1972 planned an attack in the Radusa mountains in the then Yugoslavia.
He further claimed that these Croats were being backed by ASIO. We now know this not to be true because of ASIO's acquiescence to UDBa/SDB in its set up of six Croats on false terrorism charges in Australia in 1979-80.
Curcic fits the role of agent provocateur/trouble maker used effectively by UDBa in destroying opposition abroad, rather than the Western stereotype of a debonair covert agent.
It was something that ASIO had trouble understanding. We tracked down the ASIO files in which Curcic is named, and not suprisingly Curcic admitted to ASIO he was an UDBa / KOS operative. It was met with disbelief.
The curious character, TANJUG correspondent Milos Curcic, came to the attention of ASIO in 1972-73...over his role in Yugoslav intelligence operations against Australia's Croat community.
Curcic also claimed he infiltrated the emigre Albanian community in Europe. 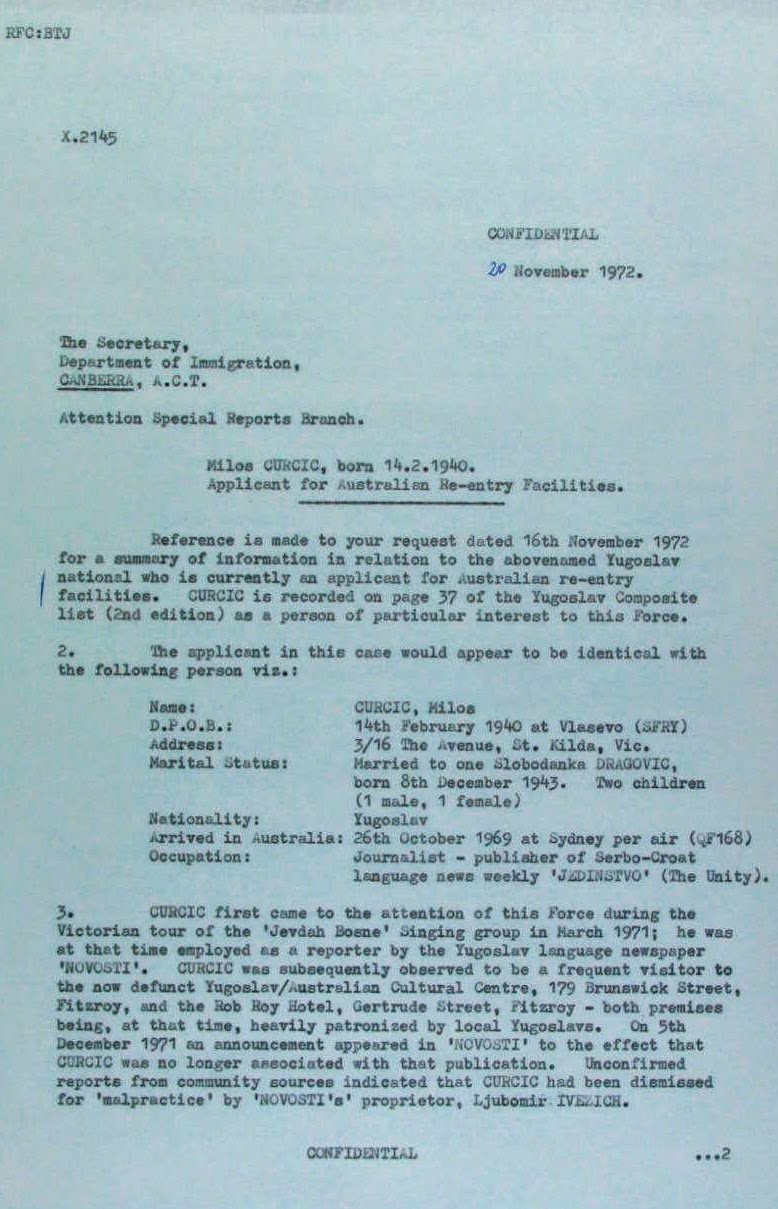 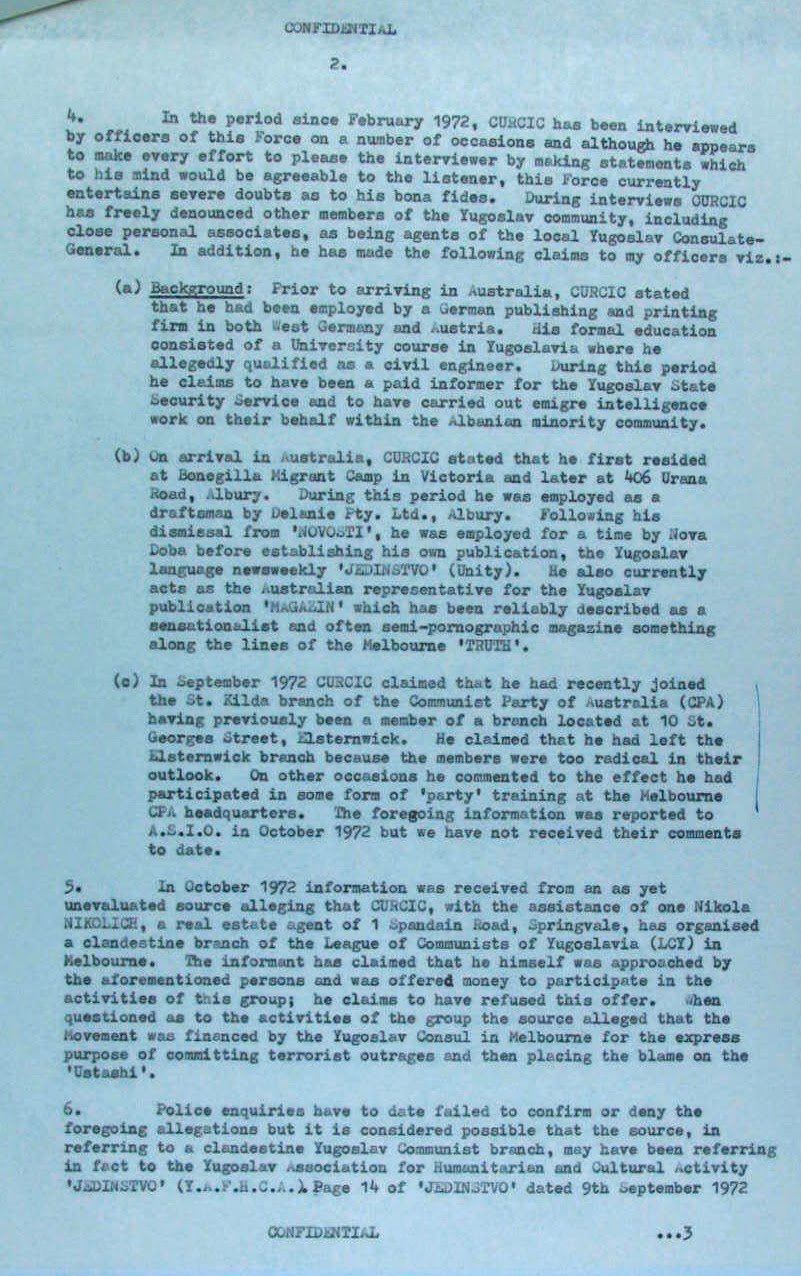 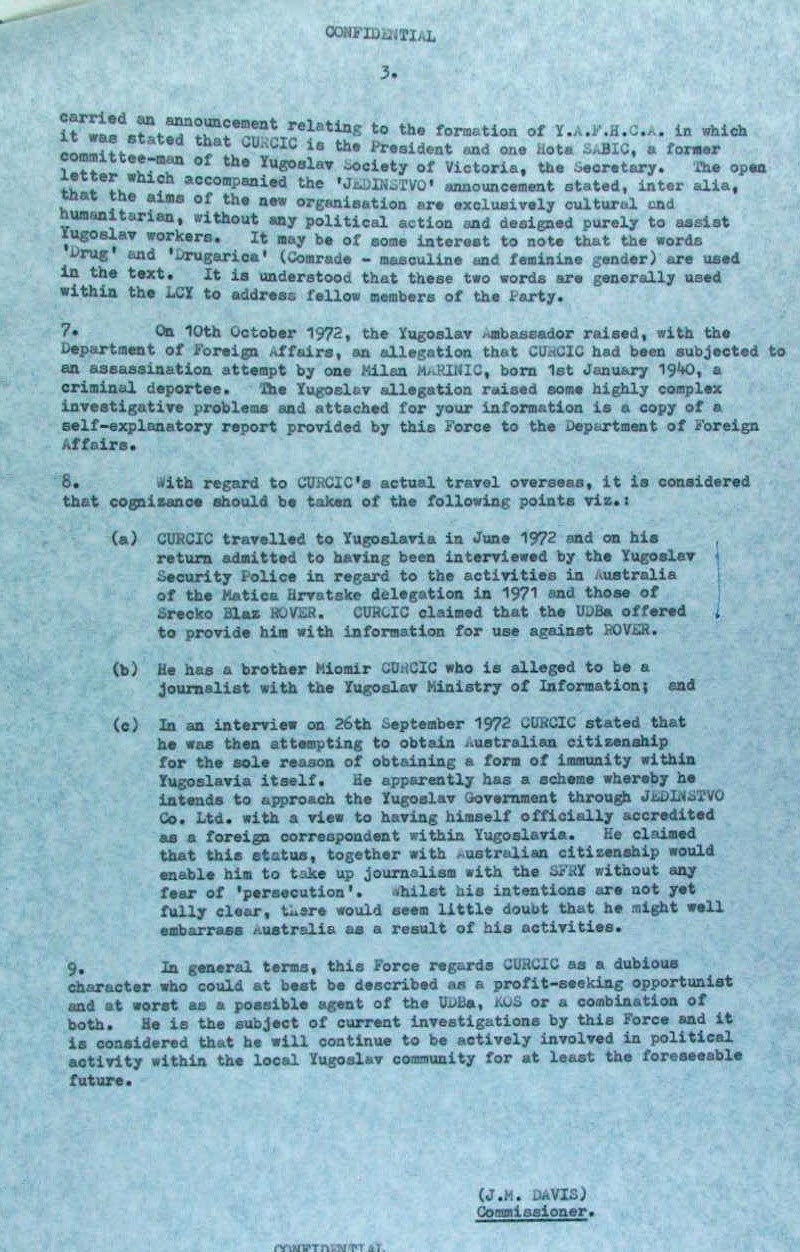 Posted by TEAM UZUNOV at 2:23 PM No comments: