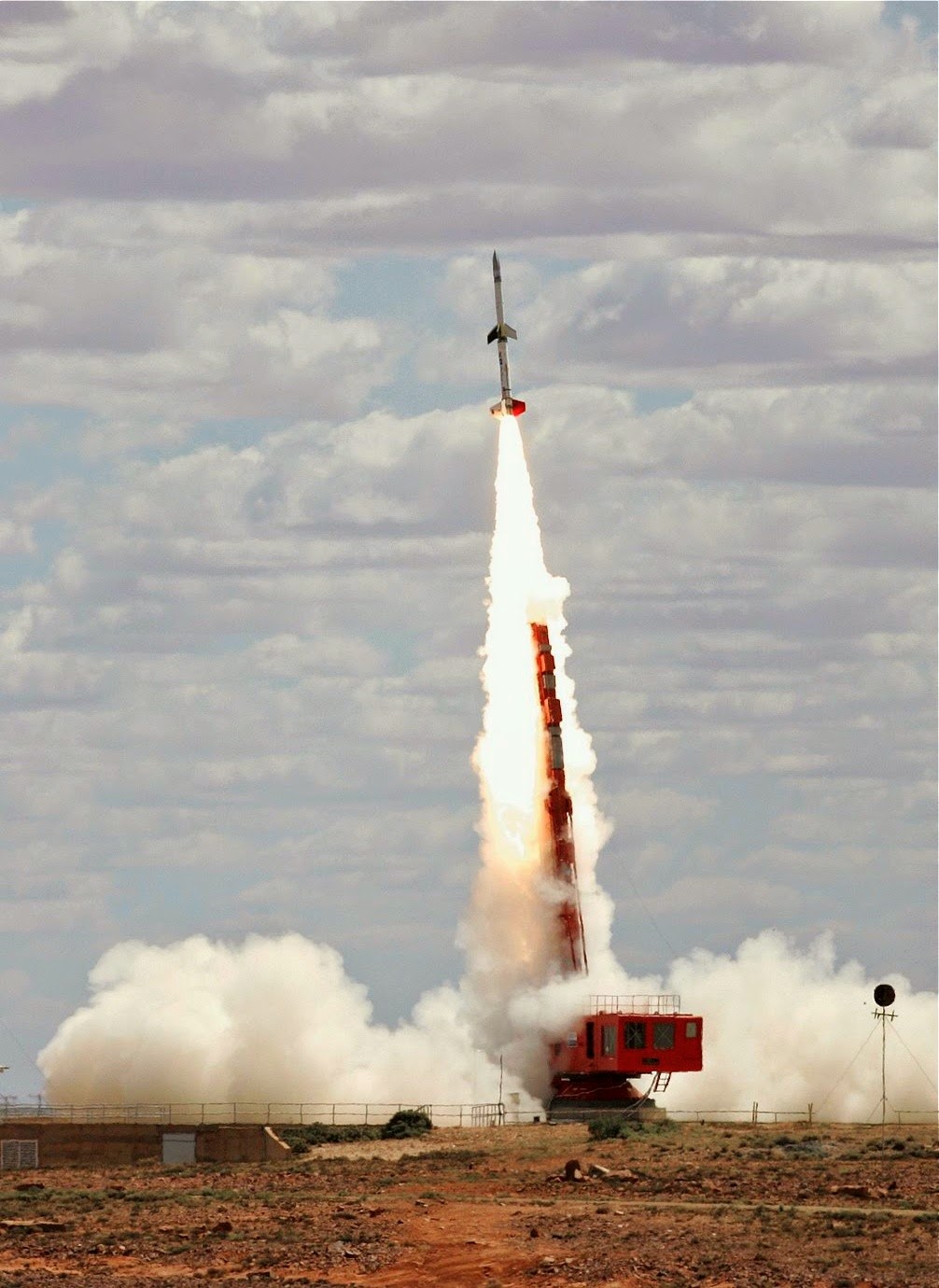 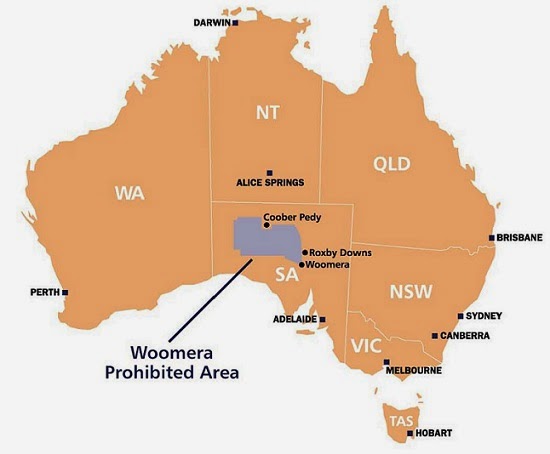 De-classified Australian Security Intelligence Organisation (ASIO) files from the the mid 1960s reveal that a Bulgarian Orthodox Priest, an intelligence operative for the Bulgarian communist government, was ordered to spy upon Australia's rocket and missile program in at Woomera, in the South Australian desert as well as the local Macedonian community. 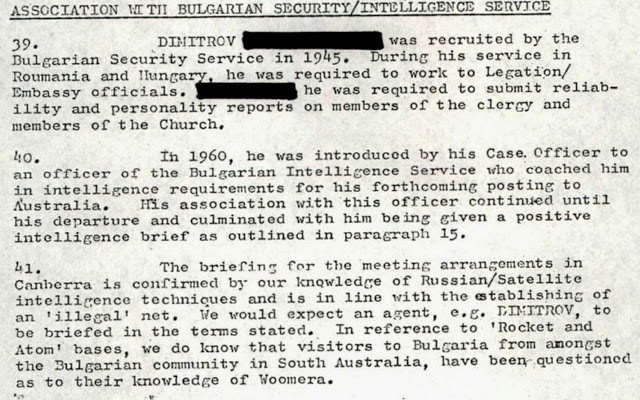 Father Kliment Cvetkov Dimitrov, an ethnic Macedonian by birth (from the western Macedonian town of Tetovo), was removed as parish priest from the controversial Bulgarian-Macedonian Orthodox Church in Melbourne, Australia because of personal reasons... and in which his secret role came to the attention of ASIO.

Bishop Velichky had remained in exile in the United States and was independent of Communist Bulgaria until 1963, when he patched up his difference with the Sofia regime and brought his Churches under direct Bulgarian control. 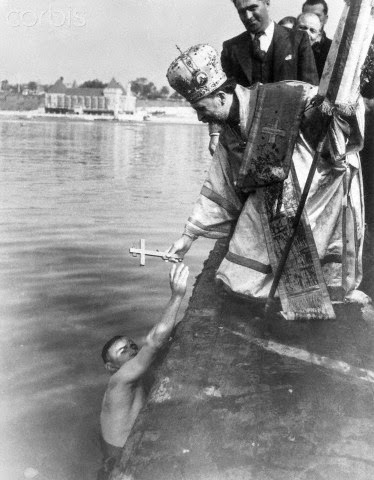 On 8 September 1991, Macedonia declared its independence from Yugoslavia.

The Macedono-Bulgarian Church in Australia then became a platform for Bulgarian intelligence operations during the 1960s and onwards, as there was a minuscule Bulgarian diplomatic presence in Australia at the time.

In 1986 a Victorian Supreme Court decision confirmed Bulgarian "ownership"of the Church in Melbourne. The original founders, the Macedonians, had been duped by Bishop Andrey Velichky back in 1950.

THE ASIO REPORT - dated May 1967 - source: National Archives of Australia. 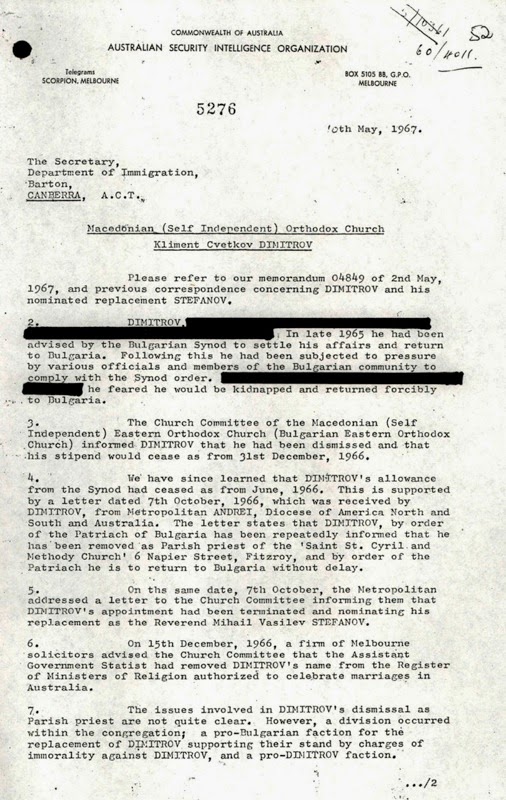 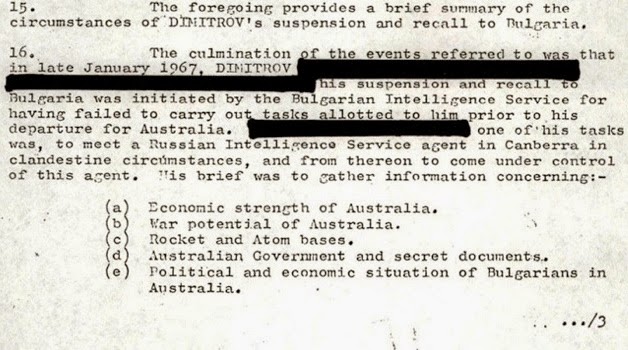 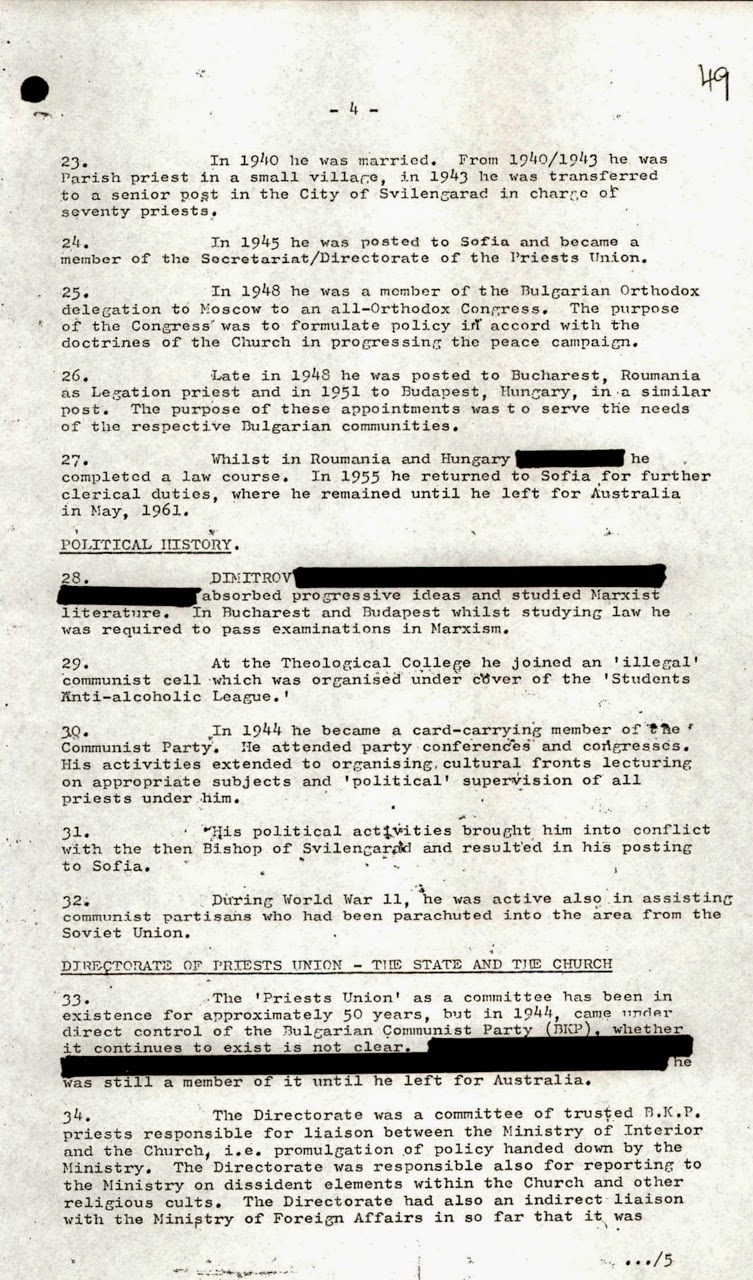 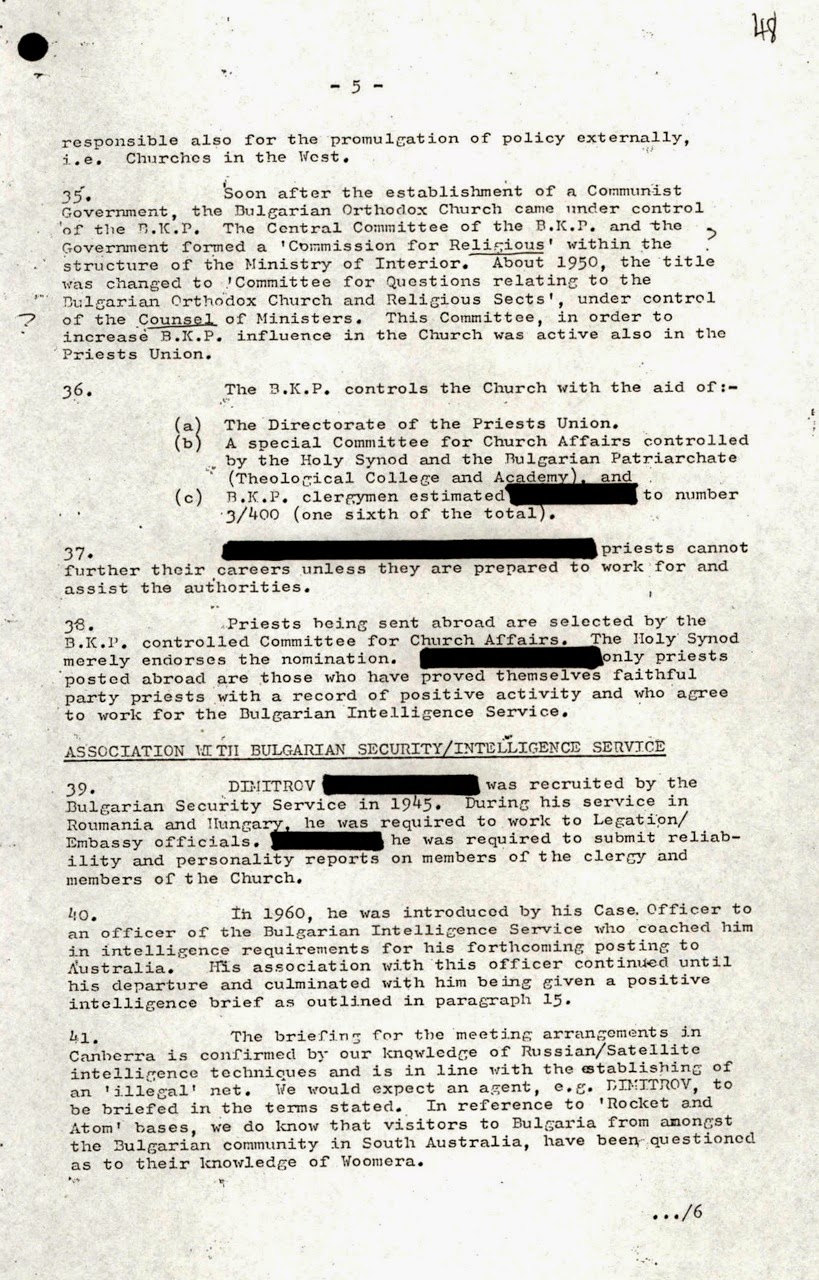 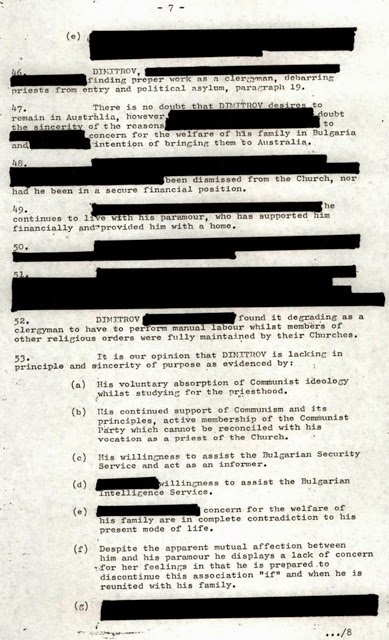 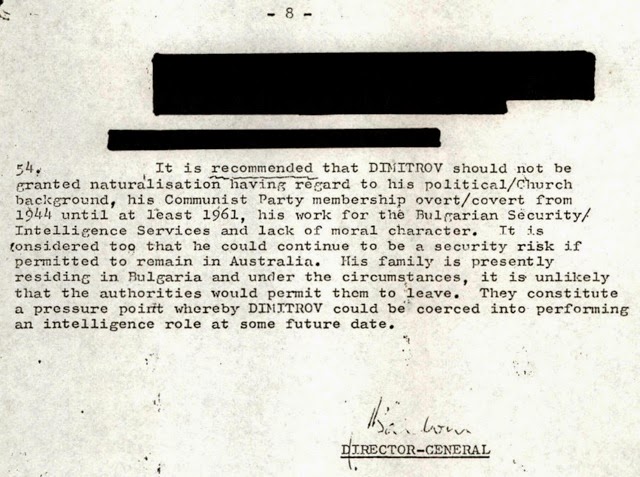 Posted by TEAM UZUNOV at 1:29 PM No comments: