TANJUG IS AUTHORISED IS ANNOUNCE? 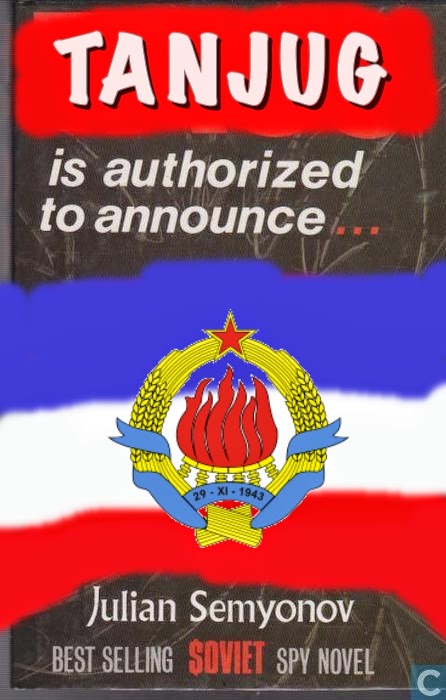 The Australian Security Intelligence Organisation (ASIO) was paying close attention to a visiting Yugoslav "journalist" by the name of Zoran Pavlovic in 1976.


"Pavlovic has visited Australia previously...Pavlovic is a former Army man..."

Pavlovic, according to ASIO, lied in his visa application about being a journalist but was discovered to be a high ranking official in Novosti, the Yugoslav Communist newspaper in Belgrade, a subsidiary of Borba newspaper. 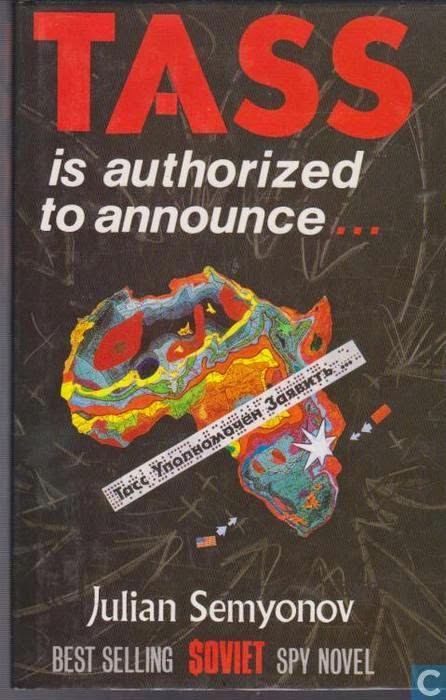 ASIO revealed that Pavlovic was a man of many talents: businessman, negotiator on behalf of the Yugoslav government, an official with the Serbian Matica (Emigres Institute), of which there where six from each of the then Yugoslav republics: Serbia, Slovenia, Croatia, Macedonia, Montenegro, Bosnia-Hercegovina.

The Matica served as a parallel diplomatic service and was a training ground for diplomats and intelligence officers who monitored the various ethnic groups of Yugoslavia.

Reading between the lines he was probably an officer with KOS - Yugoslav Military Counter-Intelligence, which worked hand in hand with Yugoslav State Security, UDBa or SDB.

Pavlovic, according to ASIO, was in Australia this time to take over the local version of Novosti newspaper and place it under Yugoslav government control. 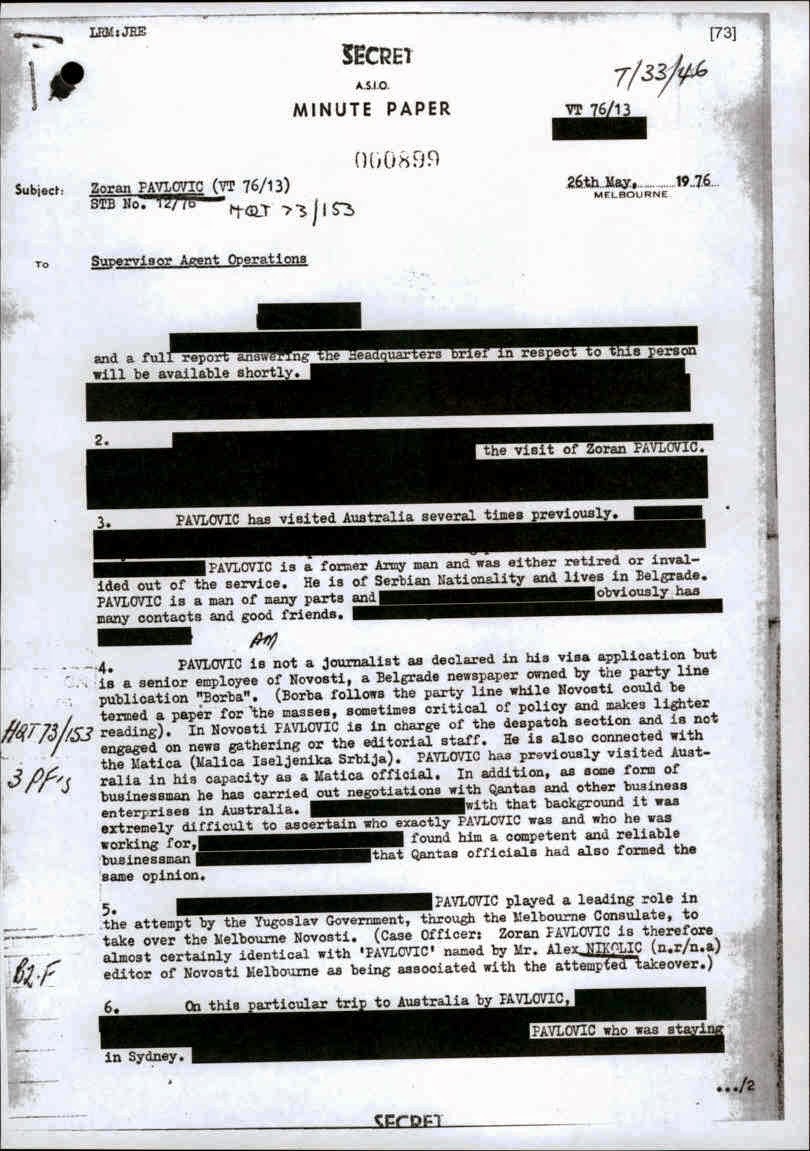 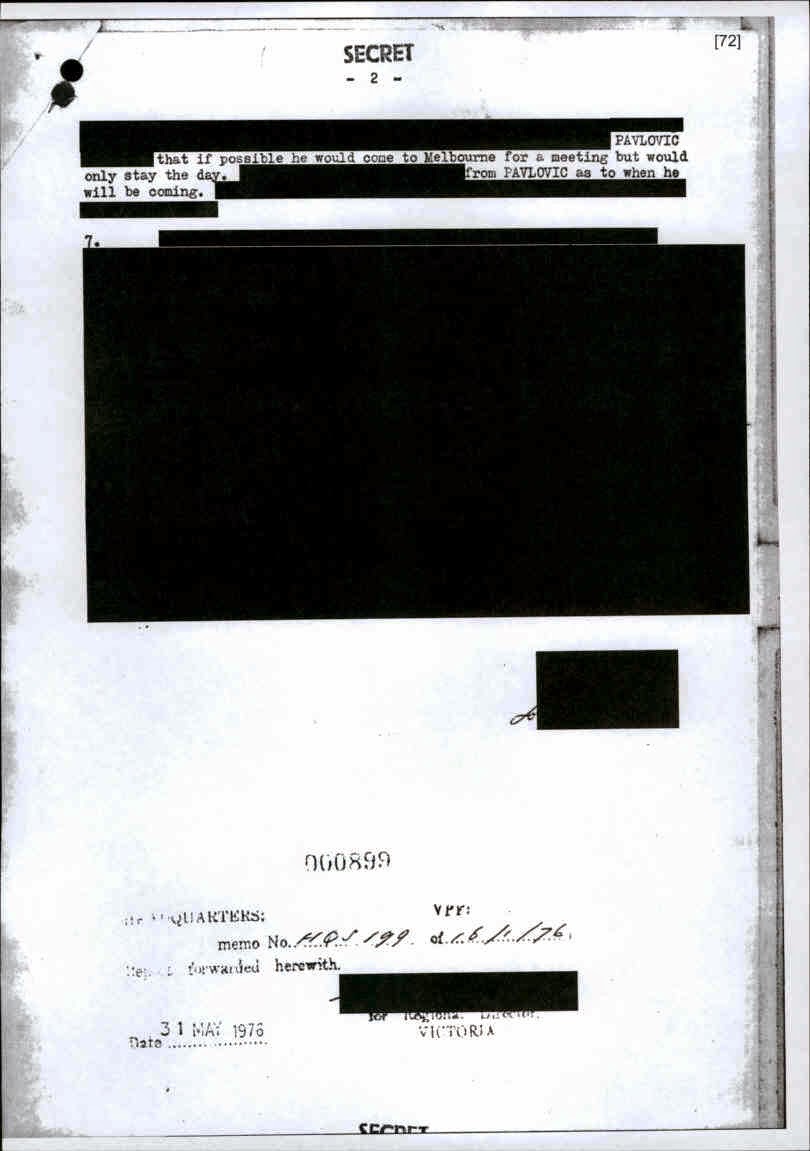 Posted by TEAM UZUNOV at 1:00 PM No comments: 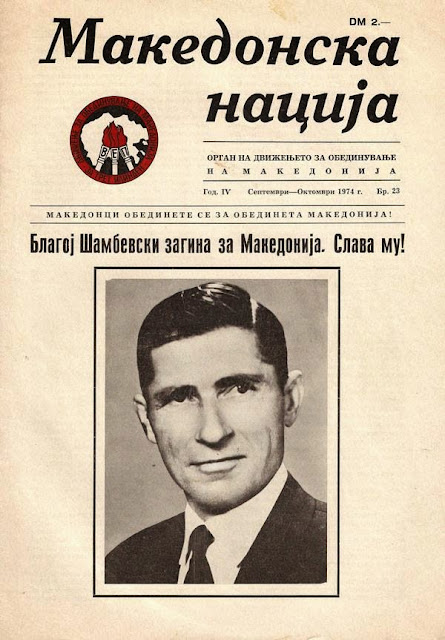 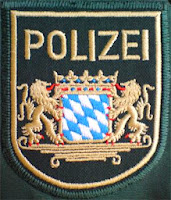 In 1974 a Macedonian anti-Communist dissident Blagoja Sambevski, an opponent of Tito's Yugoslavia and Secretary of the emigre organisation DOOM (Movement for the Liberation and Unification of Macedonia), was found dead at the hotel he was working at as a night porter in Munich, West Germany.

The Yugoslav intelligence service (UDBa /SDB) was believed to be behind his death, however, German police has just revealed that his death was ruled to be of natural causes after an autopsy was conducted.

"The body was autopsied on behalf of the Munich Public Prosecutor at the Institute of Legal Medicine Munich.

"Because his death was due to natural, disease-related, it was not recorded as a murder by the police nor the prosecutor.

If you have any evidence which could prove that killing of Mr Sambevski, please contact us at the Bavarian State Police."

William "Bill" Hartley (1930-2006) was an Australian hardcore ALP Victorian Socialist Left heavy hitter, who developed close links to the Arab world and was a supporter of the Palestinian cause. He was also tight with the Gadaffi regime of Libya (1969-2012).

According to a declassified Australian Security Intelligence (ASIO) file, Hartley placed a phone call on 15 March 1973 to the Yugoslav Consul General in Melbourne, Stanisa Cvetkovic, wanting to speak with him. Cvetkovic was on a plane flight to Canberra.

The receptionist disclosed Cvetkovic's whereabouts to Hartley; she asked Hartley not to reveal her indiscretion !


Hartley's call  coincidently was a day before Attorney General Lionel Murphy's raid on the Melbourne ASIO heaquarters in 1973. link to further story

The raids on ASIO were conducted in light of the visit of the Yugoslav Prime Minister Djemal Bijedic on 20 March 1973. 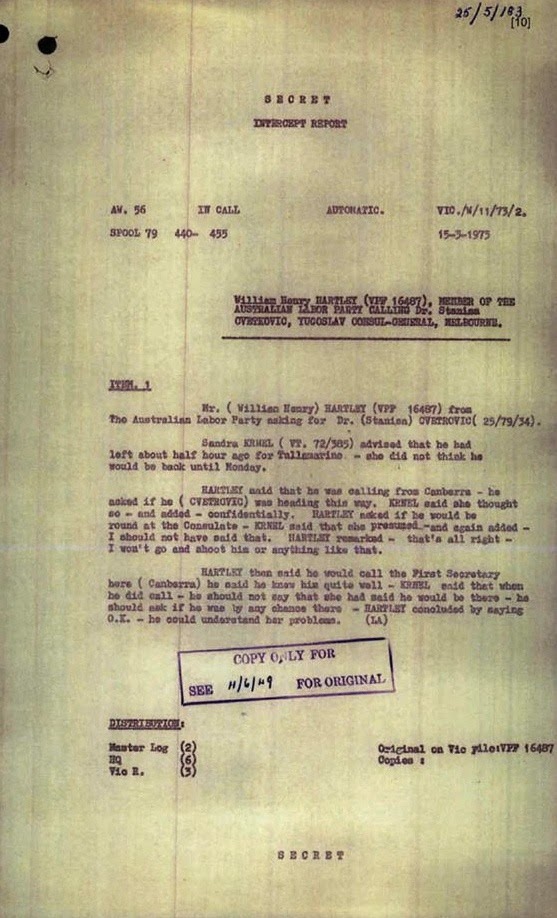 Hartley during the phone call made a big song and dance about how he was close to the Yugoslav Embassy in Canberra, in particular the First Secretary.

Was Hartley tipped off by Murphy's office in advance? Was the Yugoslav Consulate General in Melbourne also aware of the raid before hand, which would explain Cvetkovic getting out of town and heading to the Yugoslav Embassy in Canberra? This can only be speculation, wild speculation at this point. Or there is an innocent explanation, in that prepartions were being conducted for the impending visit to Australia by Yugoslav Prime Minister Djemal Bijedic on 20 March 1973. (Bijedic is pictured below with Australian Prime Minister Gough Whitlam-on the right of photo). 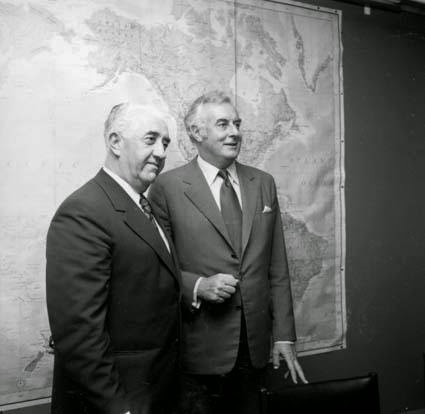 Interestingly, another de-classified ASIO document, an intercept, reveals there was a phone call from a staff member from Senator Murphy's office wanting to speak with Franjo Rukavina, Cvetkovic's deputy at the Yugoslav Consulate General in Melbourne, on 19 April 1973, a month after the ASIO raids. The recepetionist would not give out Rukavina's private home number. 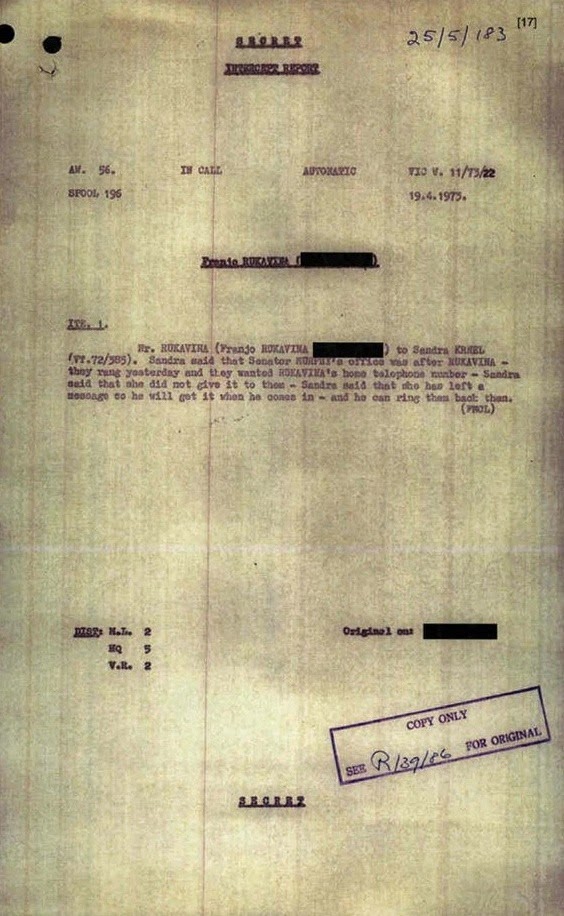 One of the key foreign policy objectives of Australia's Prime Minister Gough Whitlam (1972-75) was to develop links with Tito's Yugoslavia, who in turn had excellent relations via the Non-Aligned Nations Movement with Arab countries such as Libya and Iraq.