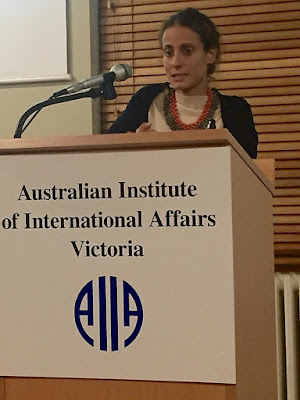 EU ADVISOR - MACEDONIA: ANOTHER DECADE OF WAITING FOR EU MEMBERSHIP

The European Union’s top security advisor has blamed the EU’s membership process over Macedonia and Turkey’s inability to join the EU, is disappointed that both countries have not headed in the direction she would have liked and Macedonia may have to wait another decade, regardless of EU member state Greece’s opposition, before the EU begins accepting new members but she has affirmed her support for Macedonia’s right to its national identity, independence and territorial integrity.

Dr Nathalie Tocci, who was a guest speaker at the Australian Institute of International Affairs in Melbourne tonight, is the Special Adviser to the European Union’s High Representative, Federica Mogherini. Dr Tocci was discussing the EU’s new blueprint on security, which she drafted.

The document is titled “Shared Vision, Common Action: a stronger Europe - Global Strategy for the European Union’s Foreign and Security Policy,” and was released in June 2016.

After her talk, she took questions from the floor.

Dr Tocci was responding to a TEAM UZUNOV question:

“The Republic of Macedonia is in a deep and prolonged political crisis due to claims over a government corruption and wire-tapping scandal.

“To add to this dangerous situation, there is Greece’s deliberate blocking of Macedonia’s name, increasing Bulgarian meddling; rising Albanian separatist sentiment and a leading Macedonian journalist who claims EU support, Mr Borjan Jovanovski, has gone to the extreme of wanting to return Macedonia to de-facto Serbian-Yugoslavist rule - such a crazy move would lead to certain civil war in Macedonia and spread across the Balkans. (link)

“Dr Tocci, do you support Macedonia’s right to its national identity, independence and territorial integrity?” 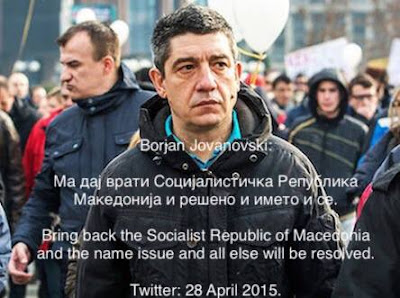 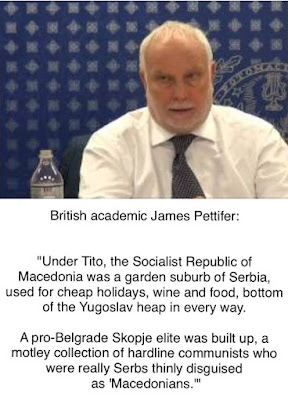 DR TOCCI: “the short answer is obviously yes…the slightly longer answer is what can we do about it?

“Obviously Macedonia is not heading in a great direction. I relate this back to the answer on Turkey. The only way in which you can have influence in these countries if it has a credible process.

"In the case of these countries we are talking about an accession process. If for years the accession process with a country like Macedonia is blocked because of a name issue what does that do to our credibility?

"Now of course it’s easier and you know I speak half with my hat as a scholar and half with hat as an advisor, so I realise all the complexities behind that name blocking there is a long history between Greece and Macedonia.

"But still there is, and I think this is a point…we have a responsibility in our internal debates to member states - is it in our interest or not to see Macedonia moving in a particular direction - what instruments or leverage do we have - if the answer to that question is - ‘it’s the accession process, stupid’ - we got to make it credible.

"So it’s a long and painful process. The other side to this is also broader… enlargement was a huge success for central and eastern Europe but people are now beginning to have doubts after the migration crisis- but that’s a different story.

"…It’s quite clear we are not heading to new enlargements anytime soon. So there is a real challenge how do you maintain the flame alive in what will probably be the best part of a decade in which we have to reorganise ourselves internally and then weather the storm and then look out again and eventually take in new members.”

25 YEARS OF INDEPENDENCE - CAN MACEDONIA SURVIVE?