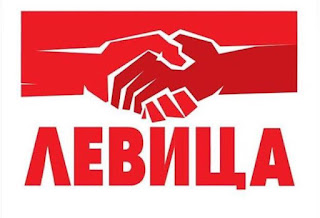 The Levica (Leftist) Movement, one of the groups leading the Colour Revolution in Macedonia, aimed at removing the VMRO-DPMNE government led by Nikola Gruevski has ruled out a protest outside the Serbian Embassy in Skopje, the Macedonian capital.

Recently, Colour Revolutionists protested against Croatian MEP Marijana Petir during her brief visit to Macedonia and her offering support to leader Gruevski.

Serbia's Prime Minister Alexander Vucic has been a stronger and longer supporter of deposed Macedonian PM Gruevski but so far Colour Revolutionists have not held any demonstrations outside the Serbian Embassy in Skopje, over that very close relationship.

Levica leader Branimir Jovanovic via email said he would only protest against the Serbian government if PM Vucic physically arrived in Macedonia and opened his mouth; this despite Levica's recent manifesto that it would oppose all elites and foreign interference in Macedonia.

"Petir was targeted because she came to Macedonia and supported the regime. If Vucic comes and does the same, I'm pretty sure the same will happen.”

So far no protest has ever been held by Macedonian activists against the Serb state controlled media's attempts to interfere by fomenting ethnic strife in Macedonia.

Likewise, no protests were held outside the Serbian Embassy in Skopje last year when the Serbian High Court rehabilitated a controversial World War II leader Draza Mihailovic, a Serb nationalist who advocated a Greater Serbia that would include Macedonia, and whose followers collaborated with the Nazis.

During World War II, Mihailovic sent a Serbian Chetnik Army into Macedonia to destroy Macedonia's Partizan Resistence, which had to fight the Nazi and Bulgarian occupiers.

Under the Vucic regime, Serbian nationalism has made a comeback and the Belgrade regime has one of the worst human rights records in Europe. 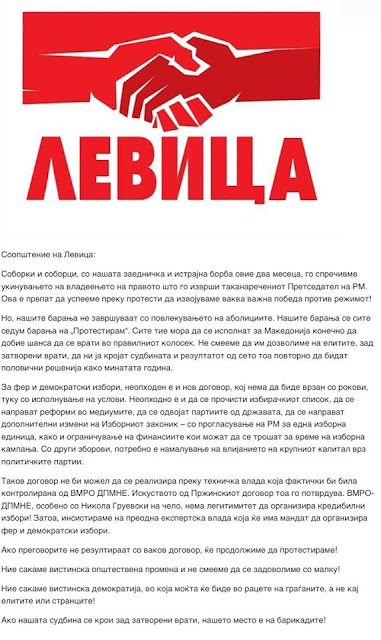 LEVICA'S CALL TO THE BARRICADES.

The Leftist (Levica) movement in Macedonia, one of the major participants in the Colour Revolution, has issued a manifesto denouncing FOREIGN interference in Macedonia.

So far Levica has not held protests outside the US, Russian, British, Greek, Bulgarian, Serbian or Kosovo Embassies or EU liaison offices...in Skopje, Macedonia…which to varying degrees "interfere..." 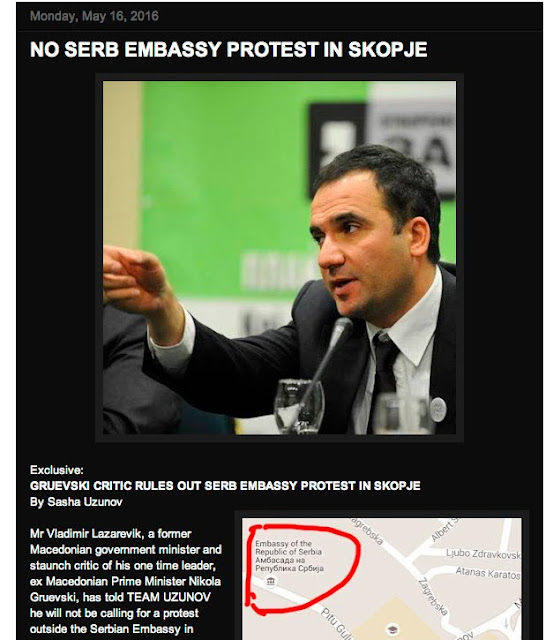 Posted by TEAM UZUNOV at 11:27 AM No comments: Links to this post