Despite the economic meltdown and the political chaos in Greece, its intelligence service remains the only one in the Balkans from the Balkan States which from a technical and logistical aspect could conduct massive intelligence operations against a neighbouring state, either for its own national self-interests or on behalf of the United States.

It would have the manpower and resources to tape or record or monitor and then transcribe phone calls, text messages etc. It would have people who could read and write Macedonian, Turkish, Albanian, English, Bulgarian, Croatian, Serb, Romanian, Aromanian (Vlach) etc.

Russia, the US, Serbia, Bulgaria, Albania, and Kosovo would also be conducting intelligence operations within Macedonia as well. The US spies on allies such as Germany. This is nothing new in the intelligence business. It would be naive to think otherwise. Some years back, Greece was spying on its ally, the US, via American-Greek Steven Lalas. (see note below).

Russia in recent times because of the political instability in Macedonia has ratcheted up its special warfare activities called "Provokatsiya" through the use of the media and so forth in defence of its strategic interests in the Balkans. It's good leverage to use against the U.S. and the EU over the Ukraine crisis.

As a member of NATO and U.S. ally, Greece has some access to spy satellite imagery as well as intelligence. At a more basic level, It would have the capability to place inexpensive but high-resolution hidden cameras and microphones in the hotel rooms or private villas where foreign visitors, including Macedonian politicians, are staying for their summer vacations, for the purposes of obtaining any information or to blackmail those engaging in “naughty behaviour.” This is known as the “honeypot” and perfected by the Soviet KGB of placing an attractive female or male agent to seduce a target. It’s standard espionage practice worldwide.

Attached is an interesting research paper on the evolution of the Greek Intelligence Service.

Greek expert reveals the increasing professionalism thanks to assistance from the US, Germany, France. link:
----
AUSTRALIAN ACTIVITIES: 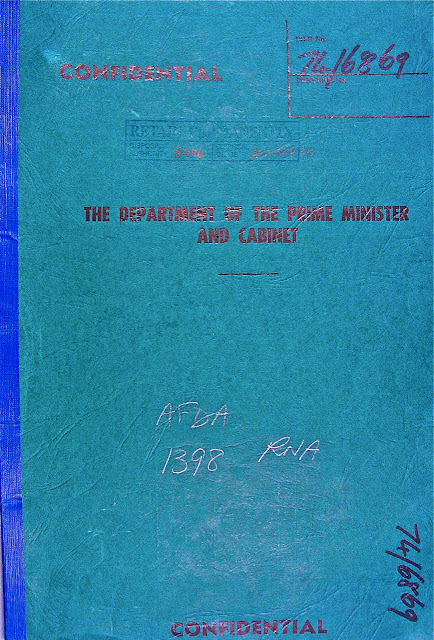 NIS-EYP Greek Intelligence Service - once referred to as KYP, was modelled along the lines of the American CIA.

It has a number of departments or sections dealing with certain areas that are of vital strategic interest to Greece: there is a Cyprus section, a Turkish section, and a Macedonian section, an EU section, an Albanian (Epirus) section and so on…

Even today, the “Macedonian section” inside the Greek Embassy here in Canberra, Australia and the Consulates in Melbourne, Sydney and Perth have a dedicated team who monitor social media, including Facebook and so on. These experts are fluent in English and even Macedonian.

We know from a 1973 Australian Security Intelligence Organisation (ASIO) briefing paper that high ranking KYP officers made an official visit to Australia in the late 1960s and that in the early 1970s “unofficial” KYP officers were infiltrating the Australian-Macedonian community.

The ASIO report makes mention of the existence of a Macedonian section within the Greek diplomatic missions in Australia.

During the Greek Military Junta (1967-74), supported by the US, KYP was monitoring Leftist Greeks both inside and outside Greece and fomenting anti Turkish activities on the island of Cyprus.

The 1973 ASIO report on Greek Intelligence submitted to the Australian Prime Minister and Cabinet can be read here: link

“…an [Australian] Embassy representative was summoned in September 1988 to the office of the Greek Ministry of Culture’s Director of Antiquities, Mr J. Tzedakis, who told him that if the decision was further delayed the Greek Government who would prompt the Greek community in Melbourne to “tear the city apart, brick by brick.”

In this report are complaints from the 1980s from ethnic Macedonians trying to return to Greece to their villages or towns where they were born and being denied access at the border checkpoints or Athens airport. 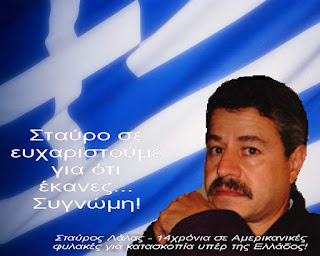 is an American of Greek ancestry and a former US State Department communications officer. Charged with espionage-related offenses in connection with passing sensitive military and diplomatic information to Greece, he was arrested in northern Virginia in 1993.

Lalas pled guilty in federal court to one count of conspiracy to commit espionage, he was sentenced to 14 years in prison. Later paroled, Lalas immigrated to Greece to serve out the remainder of his parole.

During his active years as a spy, Lalas passed an estimated 700 highly classified documents, that included U.S. gathered intelligence information of Turkish military strategy in the Aegean Sea and Cyprus, and U.S. diplomatic assessments and views on the Republic of Macedonia. link

KYP NOT GRIP (as in flu) ! The assassination of Greek Cypriot politician Polycarpos Georgjadis in 1970. 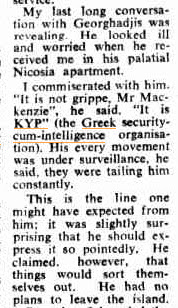 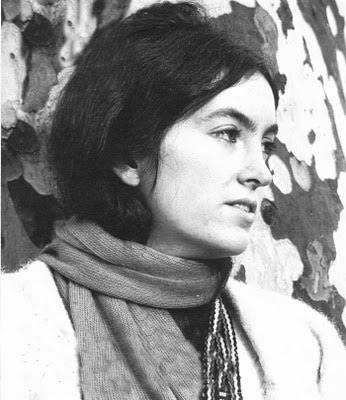 "Ann Chapman was a 25-year old freelance journalist working for Radio London who was murdered in Greece in October 1971, her strangled corpse being found in a patch of scrub a short distance from her hotel at a resort about 20 kilometres south of Athens. Ostensibly having a free trip as part of a group tour for tourist publicity purposes, she had actually gone to Greece with hopes of uncovering a major story to the detriment of the military junta that then ruled the country. Members of a London based resistance group - using the term in its loosest sense - with which she had associated for some time had supplied her with a list of contacts.

"Poor, naive Ann. A late developer, seriously minded, self-contained, quite attractive yet leading a remarkably passionless existence, with all the ambition of youth and the enthusiasm of ignorance, she was not to fully appreciate the risk she ran by coming to the notice of the Greek intelligence service, which had kept a balefully close eye on all overseas anti-junta elements. They not only kidnapped, interrogated and killed her, but then in the best tradition of secret service ineptitude tried to make it appear that she had been murdered after agreeing to a casual sexual encounter in an adjoining field with a semi-literate labourer she had just met while waiting at a bus stop.

"The scapegoat prevailed upon to stand trial for the murder, Nicholas Moundis, was a known sexual pervert, unfortunate enough to have been within a few kilometres of the alleged murder location on the night Ann went missing and gullible enough to agree to a mas sive bribe if he confessed. What passed for prosecution in the subsequent court proceedings became black farce.

"Not knowing the background to Ann's death, the first police officer and forensic expert at the scene after her body was discovered carried out a reasonably professional job in examining and reporting on the corpse and its immediate environs. When later produced as witnesses, and aware that some sort of high-level official conspiracy was afoot, they had to backtrack clumsily to produce evidence to fit the intelligence service's desired cover-story."

Posted by TEAM UZUNOV at 1:42 PM No comments:

ISIS & ELLAS ! Decades before the Islamic State posed a threat to Australia, the Hellenic State (Greece) threatened to destroy Melbourne if its demands over a Macedonian issue were not met.

Greece threatened violence on the streets of Melbourne if its controversial “Ancient Macedonian Exhibition” in Australia was cancelled or delayed.

“…an [Australian] Embassy representative was summoned in September 1988 to the office of the Greek Ministry of Culture’s Director of Antiquities, Mr J. Tzedakis, who told him that if the decision was further delayed the Greek Government would prompt the Greek community in Melbourne to “tear the city apart, brick by brick.” 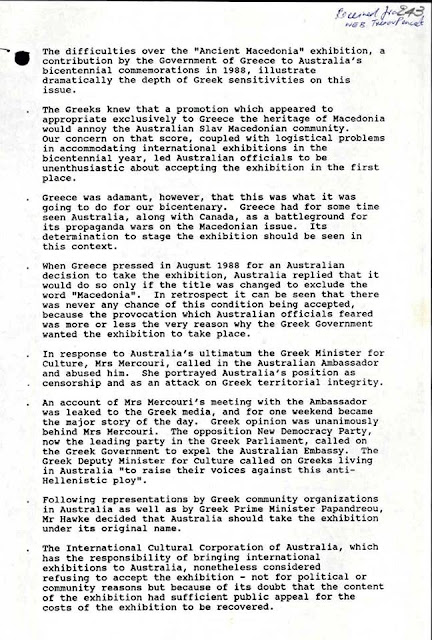 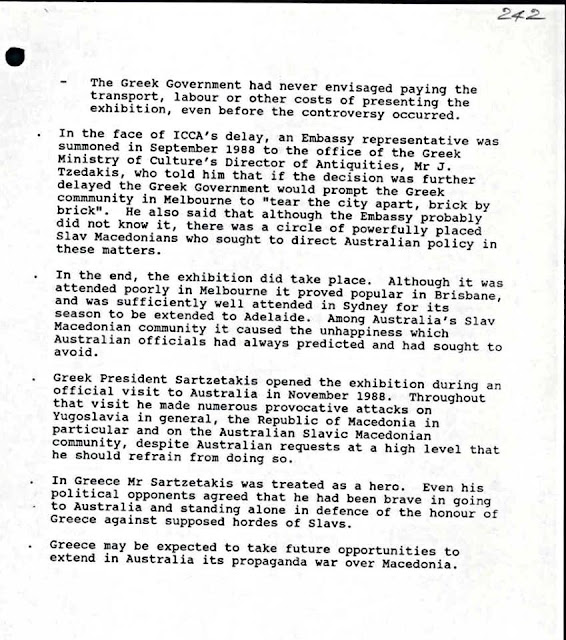 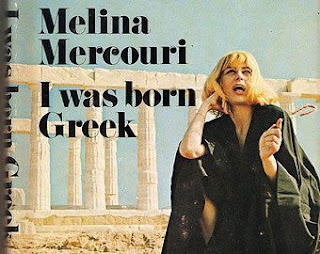 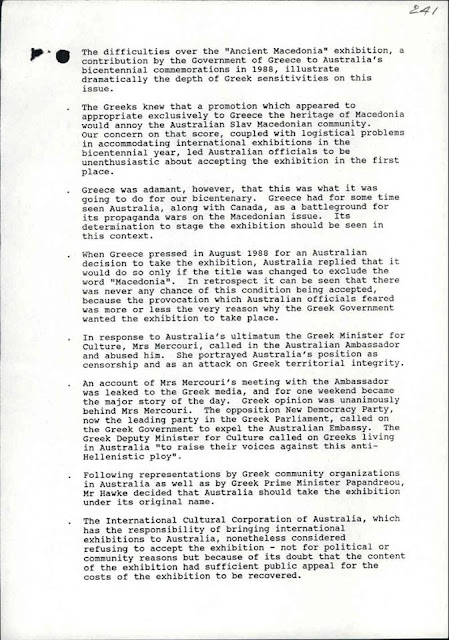 During an "Ancient Macedonia exhibition" sponsored by Greece in Australia, visiting Greek President Christos Sartzetakis deliberately provoked the Australian-Macedonian community for political point scoring, according to the same report.

In 1912-13, Macedonia which had been under Turkish Ottoman rule for over 450 years was partitioned between Serbia (later Yugoslavia), Greece, Bulgaria and with a very tiny piece given to Albania.

Macedonians were forcibly assimilated and denied a right to their language and culture. In 1944, after a successful Macedonian partizan resistence movement developed, a Macedonian Republic became a federal unit within Marshal Tito’s Communist Yugoslavia. However, soon there where rumblings of discontent with rising Serb nationalism in Tito’s Yugoslavia.

Macedonians in the others parts were treated far worse. Greece, Bulgaria refuse to recognise the existence of a Macedonian ethnic minority within their borders.

During the Greek Civil War (1946-49), Macedonians were promised autonomy and so threw in their lost with the Greek Communists and their fight against the Greek monarchy supported by Britain and the United States at the very beginning of the Cold War.

With the Greek Communists losing, thousands of ethnic Macedonians fled across the border to the Macedonian Republic within Yugoslavia to avoid being massacred. When Tito and the Soviet Union had a falling out in 1948-49, and closed the border, it in effect sealed the fate of the Greek Communist uprising. Some Macedonian fighters where then forced to flee to Enver Hodzha’s Albania and resettled in the Soviet Bloc. Many made their way to Australia, Canada, the United States.

In 1988 a conference of Macedonian Refugee Children who fled during the Greece Civil War (1946-49) was held in Skopje, the capital of the then Socialist Republic of Macedonia, Federal Yugoslavia. Many of the participants, now in their 50s and 60s holding Australian or Canadian passports were refused entry into Greece. The Australian Foreign Affairs department was informed of this but fearing Greek reaction tried to keep quiet a meeting between a Macedonian delegation and an Australian diplomatic representative. 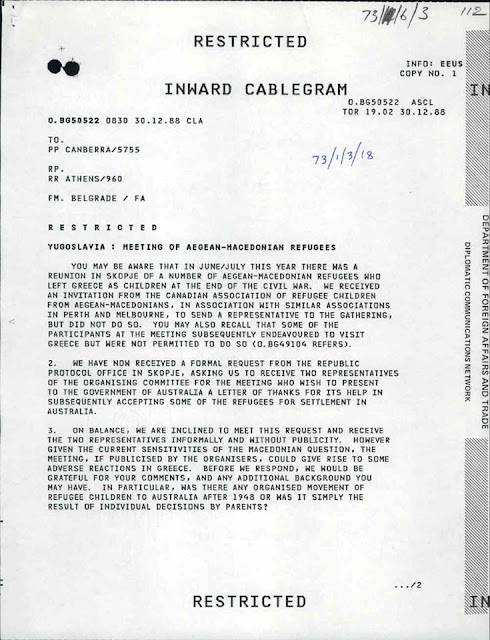 A large number of these people were still not allowed to return to their Macedonian villages within the modern Greek state. Some despite holding Australian passports were returned at the Greek border or arrested at Athen airport and deported for the only “crime” of being Macedonian. 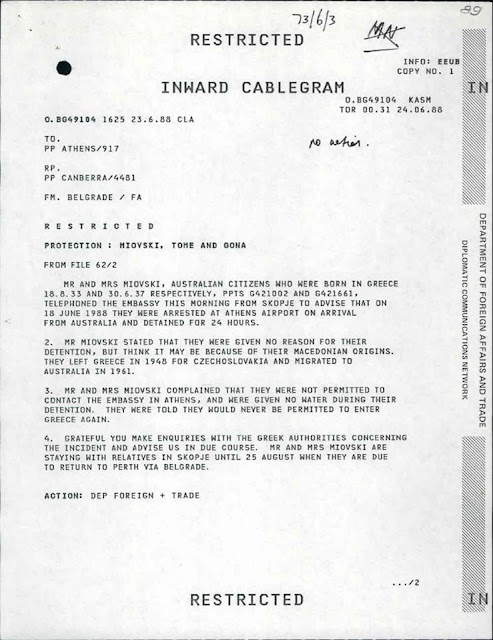 The Republic of Macedonia declared independence from the then Federal Yugoslavia in September 1991 and Greece has refused to recognise the country under its constiutional name and refers to it as FYROM (Former Yugoslav Republic of Macedonia), which originally was a temporary designation with the United Nations.

The United States and over a hundred countries recognise Macedonia under its name, with the exception of the European Union. Greece, a member of the EU, has blocked Macedonia’s membership application, likewise its joing of the North Atlantic Treaty Organisation (NATO).

The allegations were treated seriously: two Commonwealth Police (forerunner of the Australian Federal Police) officers interviewed him. ASIO put together a background briefing paper. But no further action was taken – probably due to Greece being an ally of both the US and Australia. 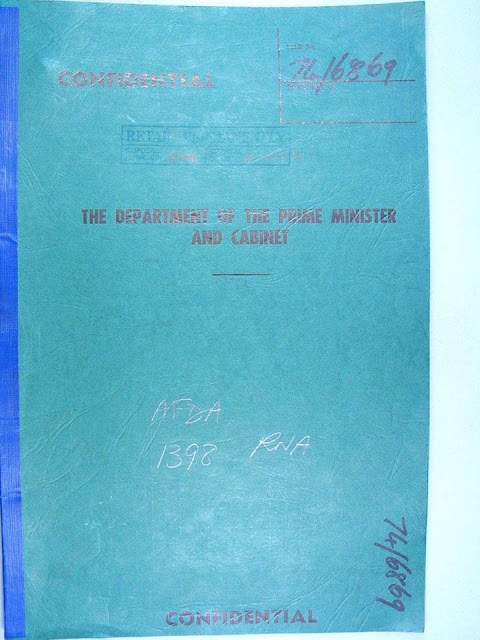 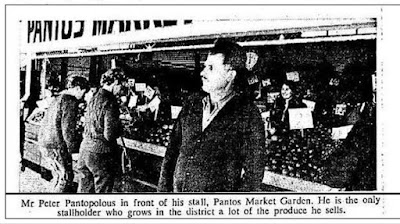 Smiling impishly from behind the counter of Pantos Market Garden was Peter Pantopolous, the only stall holder who grows, in the Canberra - Queanbeyan district, a lot of the produce he sells.

He emigrated from Macedonia about 23 years ago and settled on a seven-acre farm at Queanbeyan. He has sold fruit and vegetables door-to door operated a supermart at Chifley and run a fruitshop at Kirgston.

A cheerful man. he rattled off a list of the vegetables he grows . . . cabbages, carrots, tomatoes, beans.

Posted by TEAM UZUNOV at 4:26 PM No comments: