THE DAY OF THE JUGOSLAVIST - 1969 Yugoslav assassination in Australia 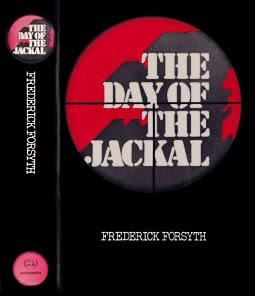 Life imitates art
The day of the Jackal - The day of the Jugoslavist!
TEAM UZUNOV exclusive - we uncover a Yugoslav Intelligence (UDBa) assassination made to look like a “ lover’s quarrel” in Melbourne, Australia, March 1969.

We discover Australian Security Intelligence Organisation (ASIO) documents which reveal a story within a story, a film noir that Quentin Tarantino would be proud of. In fact, a pot-boiler that has British author Freddie Forsyth written all over it…In his action thriller novel, The Day of the Jackal (1971)--a work of fiction woven around real life events, the assassination attempt on French President General Charles De Gaulle in 1963--the assassin deliberately picks up a man in a Paris gay bar, kills him and hides out in his flat (apartment), knowing the authorities would not look for him there. see link. 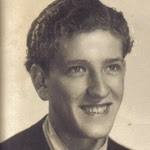 Njegoslav “Yago” Despot - art imitates life ?!
Two years before the Forsyth book came out, in 1969 - the mysterious murder of Melbourne private detective and lawyer Njegoslav “Yago” Despot, 44 !
Despot, a gay Croat and his partner, Charles Hughes, 39, were found murdered, professional execution style, with both victims killed by a single bullet to the head. At the time the Victorian State Police had publicly ruled out a political motive, but the 1972 declassified intelligence reports by ASIO explored the Yugoslav intelligence connection.

In early March 1969 Hughes’s pet dog, a collie, was noticed whimpering and acting in a distressed manner at the South Caulfiend home, in Melbourne’s east, shared by both men. A concerned neighbour raised the alarm with police. 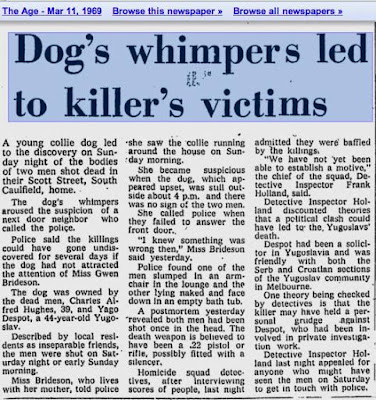 Post mortem revealed they had been shot with a .22 calibre pistol or rifle fitted with a silencer.
One of the victims was found naked head down in an empty bathtub, the other in the lounge room. This suggests the killer or killers may have been known to the two victims.

ASIO managed to connect the dots and discovered that Despot had been pressured to spy for Yugoslav intelligence, which he declined and informed ASIO about it. He had earlier shared a house in St Kilda, Melbourne inner beach suburb with a mysterious stranger called Borivoj Viskovic, identified as an UDBa officer.
Did UDBa murder both men because Despot refused to act as an informer? Was it a homophobic killing ? Homosexuality was outlawed in Tito’s Yugoslavia in 1959 and only decriminalised after the collapse of Yugoslavia. In Serbia it was 1994 and Macedonia in 1997. The motivation will probably remain unknown. The murder is still officially unsolved.

What we do know is Despot came from a large Roman Catholic Croat family and emigrated in Australia in 1959 at the same time as the Yugoslav communist authorities outlawed homosexuality. He was active in a migrant organisation in Melbourne called the Yugoslav Settlers Association, a front used by Yugoslav intelligence (UDBa) to monitor Croat, Serb, Macedonian emigres in Australia.

Just before his death, Despot was visiting a relative in his native Dalmatian coastal town of Zaostrog in Croatia, then under Yugoslav rule, but cut short his holiday to return to Australia. He had been pressured by the Yugoslav authorities to become an informer, which he refused. He may have been blackmailed over his private life, which Viskovic, having lived with him in the early mid 1960s, may have discovered details of.

By the sounds of it, Despot feared for his life. And having had an earlier friendship with a suspected UDBa officer, Viskovic, had to be silenced before he was able to reveal more. This remains speculation but the ASIO report (see below) from 1972 has outlined a strong circumstantial case, three years after the double murder.

UDBa, which was modelled upon Soviet intelligence, was known for using dirty tricks. One standard procedure pioneered by Soviet intelligence, once known as the KGB, was to take compromising photos of a target. In the 1950s, a clerk in the British Embassy in Moscow, John Vassall, a gay man, was plied with alcohol and then photographed in compromising situations with other men. He was blackmailed into spying for the Soviet Union. His cover was blown in 1961 after a Soviet defector revealed his identity. Vassall was convicted of espionage and spent 10 years in a British jail.
UDBa conducted a bloody campaign of murdering emigre dissidents, mainly Croat nationalists and separatists based in Western Europe. However, a number of Serb and Albanian nationalists were assassinated abroad.

Yugoslavia was a multi-ethnic communist federation made up of Serbs, Croats, Slovenes, Macedonians, Montenegrins plus sizeable populations of ethnic Hungarians and Albanians. It fell apart in 991 because of Serbian nationalism.
From 1944 to 1980, it was ruled by Marshal Josip Broz Tito, a former Stalinist who broke with Moscow in 1948.

Yago Despot had no history of any kind of Croat nationalist activity but had been a popular figure in Melbourne community amongst the Croats, Serbs, Macedonians who had emigrated from Yugoslavia to Australia. 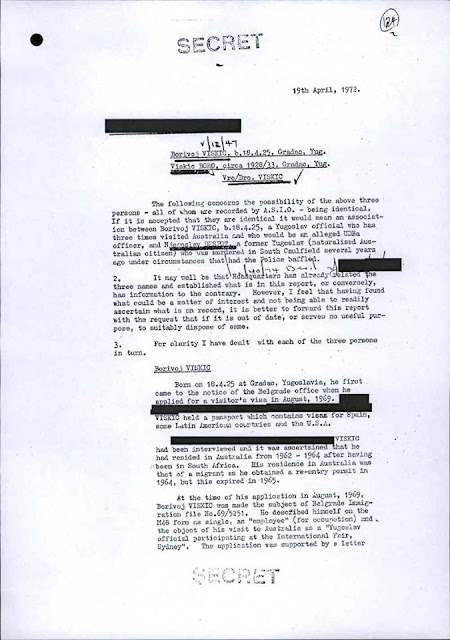 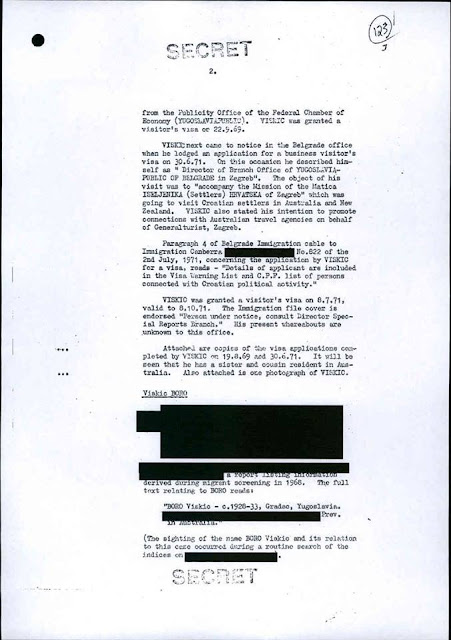 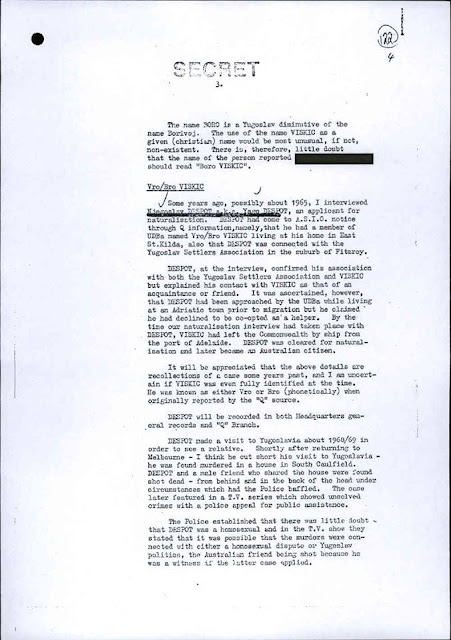 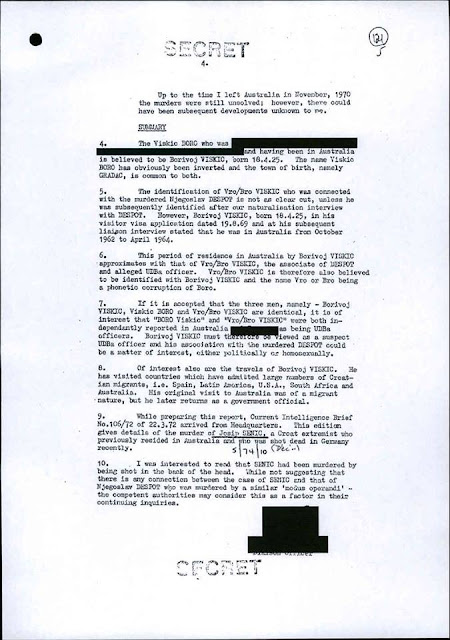 Victoria Police Homicide Squad confirmed the double homicide is still a 47 year old cold case…
A Victoria Police spokesman released this statement to TEAM UZUNOV:
“The case is unsolved and is considered a “cold case’, although not currently active, which means that the case file is in storage, pending the receipt of any new information.” 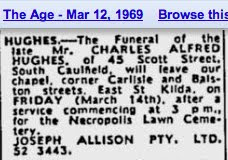 COLD CASE
The grave of Charles Alfred Hughes, buried along with his mother - his 1969 murder remains unsolved by VICTORIA Police. It is strongly suspected he was an innocent victim of the Yugoslav secret police (UDBa) in its war against emigre opponents of the regime living in Australia… TEAM UZUNOV tracks down his last resting place…in Melbourne’s Springvale Botanical Cemetery, state of Victoria, Australia…(photos by Sasha Uzunov). We gave the grave a clean up. 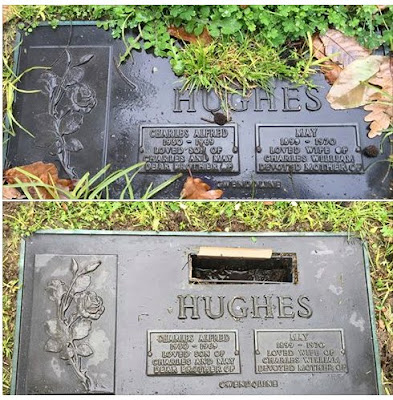 "I have made enquiries with homicide and they won’t release the coroner’s report (because it is still an open investigation and has information in it that we would not want made public) Things like the exact calibre of the firearm used is an example, if we put it out publicly then we lose the ability to check informants/witness stories for genuine accuracy. ie. if someone knows something that has never been publicly released we know that the information is more credible.

"But to help you out I am authorised tell you that both men were killed at close range by a small calibre firearm. I have also been authorised to give you this extract from the Coroners Summary if it helps."

The report was written by the ASIO Director General Charles Spry for the Prime Minister’s Department; it indicates the gravity of the matter. 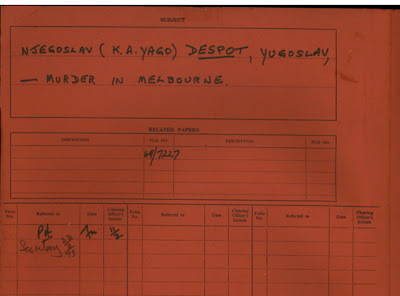 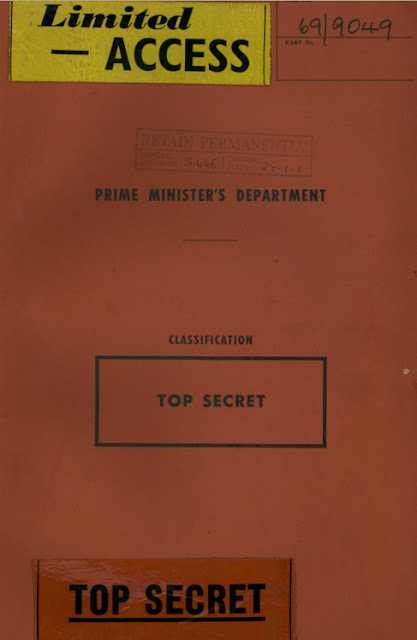