A high ranking British source has told Team Uzunov that there is some rancour within British diplomatic circles in regards to pressure being placed on the Republic of Macedonia to change its name to appease Greek nationalist demands.

With Britain poised to leave the European Union, some in London are questioning the need for British diplomats being covertly used by the United States to push Washington’s foreign policy agenda in the Balkans.

The source, an old Balkan hand with decades of experience, has provided Team Uzunov with a copy of a declassified 2004 US State Department letter issued in response to complaints by 70 US Congressman and woman, led by by Greek-American Congressman Michael Bilirakis

The US State Department letter reveals the real reasons for the US recognising Macedonia in 2004: to kill off a referendum that would if successful would oppose the territorial reorganisation of Macedonia - the objective of the reorganisation was to lead to municipalities with artificially constructed Albanian majorities and place the country onto the path of de facto federalisation.

RIGGED FROM THE START? 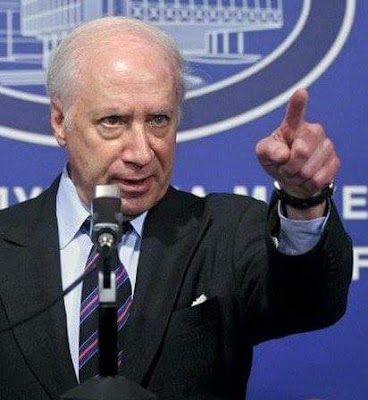 The letter also calls into question the impartiality of US mediator Matthew Nimetz, responsible for finding a solution to the name impasse,  by stressing the US would never harm Greek interests and would not lobby the European Union to accept Macedonia under its constitutional name. 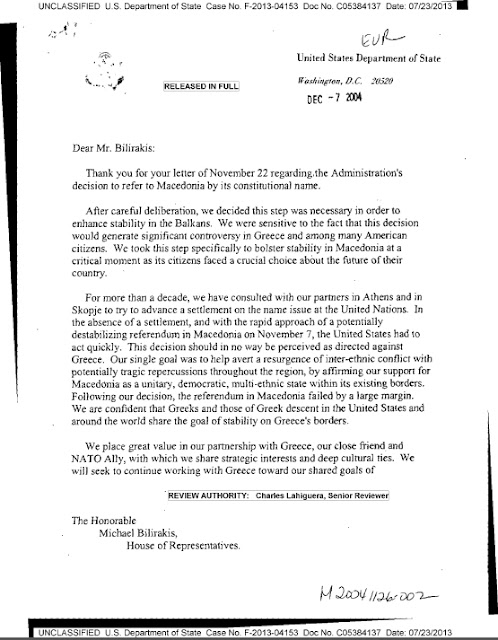 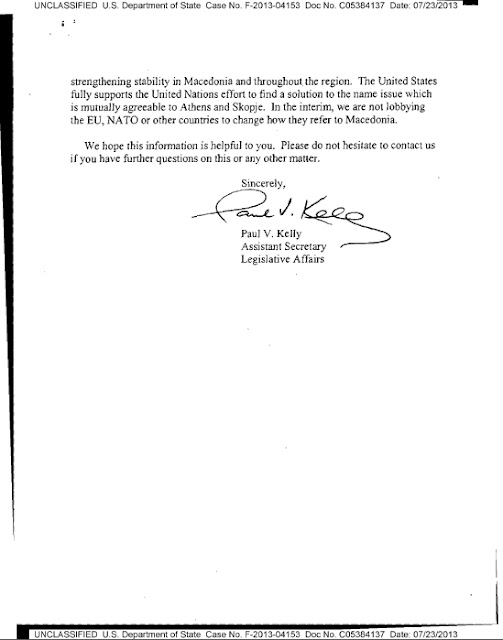 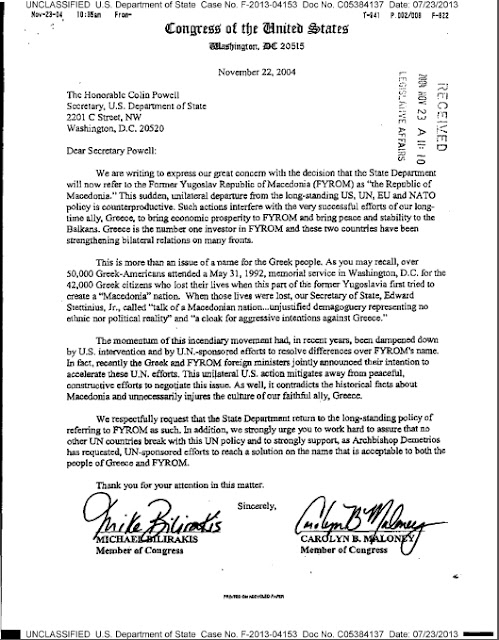 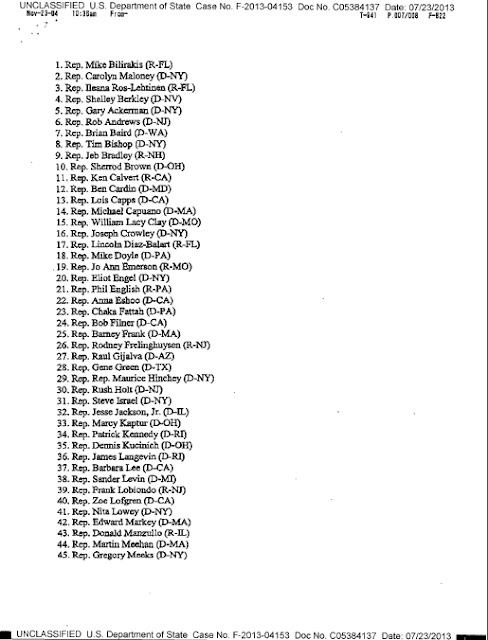 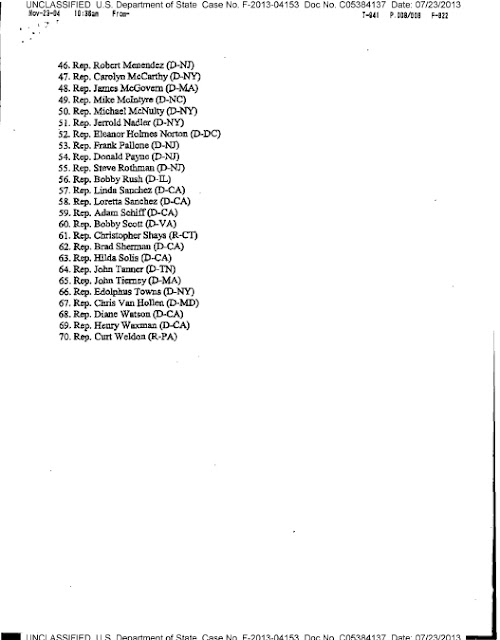 In 1991 Macedonia declared its independence from Yugoslavia and Greece has been opposed to the use of the name of Macedonia on spurious grounds that the name usage implies territorial claims on Greek territory. There is a sizable Macedonian minority in Greece. In 1995 Macedonia, after nearly being strangled to death by Greek economic sanctions, signed an “interim agreement” in which it changed its flag and gave up concern for ethnic Macedonians in Greece. It also accepted the humiliating Former Yugoslav Republic of Macedonia (FYROM) reference in order to join the United Nations.

In 2001, the extremist Albanian Kosovo Liberation Army’s local offshoot in Macedonia, the National Liberation Army, launched an invasion of Macedonia in order to carve out territory for a Greater Albania. Macedonian security forces, initially on the back foot, managed to regain the initiative against the terrorists. NATO and the US then intervened to stop the destruction of the NLA as a military and political force. NLA leader Ali Ahmeti then created his own political party, DUI, and was given an amnesty for any possible war crimes he may have committed in starting the 2001 war. He has become a political king maker, forming coalition governments with both of the major Macedonian political parties, VMRO-DPMNE and SDSM.

Just after the December 2016 elections, held after a political crisis which paralysed the country over  corruption claims against the VMRO DMPNE coalition government, of which DUI was a member, and led by Prime Minister Nikola Gruevski, the so called Tirana Platform was foistered upon the Macedonian people during Orthodox Christmas (7 January 2017), calling for a long list of nationalist demands including making Albanian the second official language of Macedonia. Macedonians see this as leading to federalisation of the country and eventual partition.